Why set up school? The answer is easy, investing in education is investing in the future of that community and indeed nation. 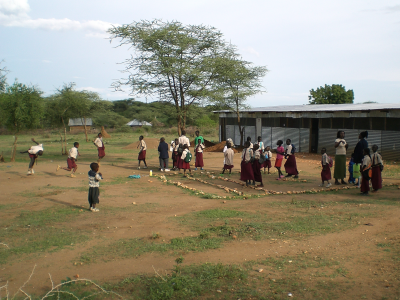 Children Playing Outside the School

Providing children with education is giving them a hand up out of their current situation, enabling them to have a brighter future and a fuller life. As John F Kennedy once said ‘The progress of a nation can be no swifter than its progress in Education.’

Life Bridging Works has been involved in the development of Fountain Primary School. Fountain Primary has been running since 2005. In 2007 2 pupils from Fountain out of 14 pupils nationally won Commonwealth prizes for Writing. The awards were presented jointly by Her Majesty the Queen and the President of Uganda. If that is not achievement enough in 2008 4 pupils from Fountain won the same awards and in 2010 the school became the 2nd best performing school in Northern Uganda. 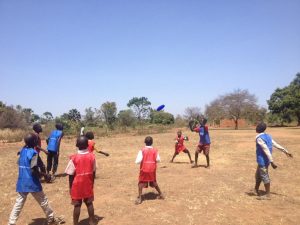 In 2012 we helped build Blessed Hope Nursery and Primary School in Alebtong North Uganda. The construction on this school is now complete and the school is up and running.

In South Sudan Life Bridging Works is involved with a newly established school Kuleu Lights Primary School.  This is one of the first schools in and around Kapoeta town and has been warmly received.  It is associated with Salt & Light Outreach Ministries (SLM) and receives regular input from the team there.  Presently the school has nine years of education from Nursery 1 to Primary Year 6 that meet in a mixture of temporary and permanent structures.  In October 2010 Life Bridging Works began looking to raise funds to build the school a permanent structure.  One permanent block of 4 classes has been established as of February 2013.  The next two phases include building dormitories for girls and boys, office block with school clinic and two more blocks of with 4 classes in them.  The next phase will cost £50’000 to complete. 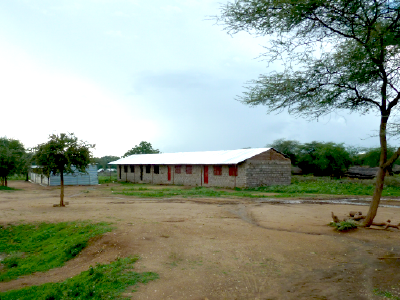 If you are looking to make a lasting difference then invest in the future by investing in education, please give generously today referencing gifts for “Kuleu Lights.”  Alternatively feel free to champion this and raise funds for the school.  If you would like to raise funds for Kuleu Lights Primary School please email info@lifebridgingworks.org.uk with your intentions, then download the proposal and sponsorship form below.

Your message was successfully sent.
Thank You!